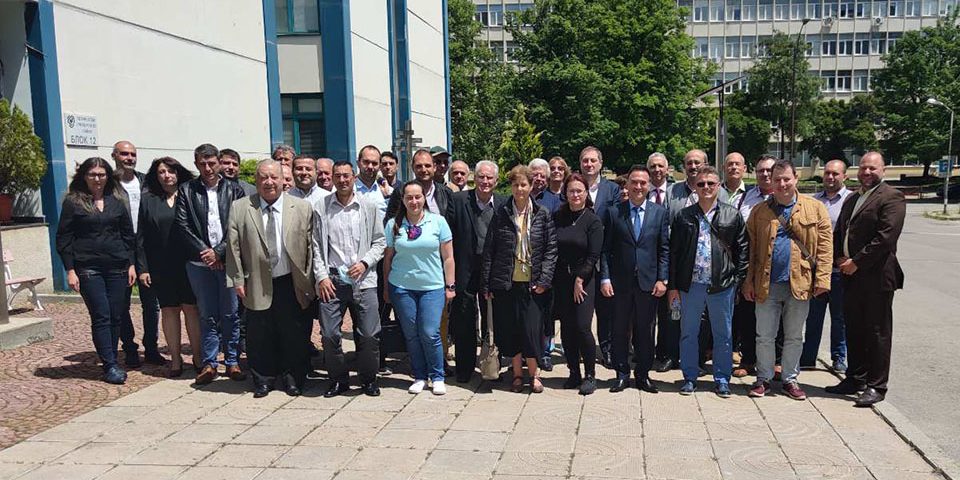 At the General Assembly of the BWS held on May 29, 2021, Mr. Teodor Osikovski was elected Co- Chairman of the Management Board, together with the Chairman Dr. Eng. Marin Beloev.

Eng. Teodor Osikovski as Chairman of the Management Board has managed the activities of BWS since 2008 until 2018.

Bulgarian Welding Society (BWS) is a professional organization established in 1949, bringing together Bulgarian companies, specialists and executive staff, employees and learners in the field of welding, contributes to the introduction and implementation of the European and International standards and good practices in Bulgaria. BWS has been a member of the International Institute of Welding IIW since 1960 and of the European Welding Federation EWF since 1990. Since 2005, BWS has been a “supporting” member of the Welding Technology Institute of Australia WTIA. Over the 18-year implementation of the International Harmonized System of Training and Qualifications of welding staff in Bulgaria, more than 600 professionals have been trained, with more than 880 diplomas awarded, internationally recognised in more than 55 countries of Europe and the world.

A new moment in the activity of BWS is the deepening of the cooperation with industrial companies with subject of welding activity. For this purpose, it is planned to build a new structure BWS – BC /Business Club/ in addition to the Management Board of BWS. The main goal of BWS – BC will be to realize new closer contacts with business partners, to more clearly outline the strategic priorities in the activity of BWS in support of industrial companies in the field of welding and to fulfill the tasks set within the new term of office.

Eng. Theodore Osikovski was elected member of the Board of the Bulgarian Branch Chamber of Energy Engineers (BBCE)
September 14, 2022